In 1936 our first butchers shop was opened by Albert Sheppard. Albert was the oldest of three brothers, Albert, William and John. William and John both served in the British Army during the second world war and on their de-mobilisation returned to the family business. They worked within the business until Albert’s death in 1962. Following this a new company was formed, Sheppard Bros which traded under this name for 10 years until John Sheppard Butchers was launched. 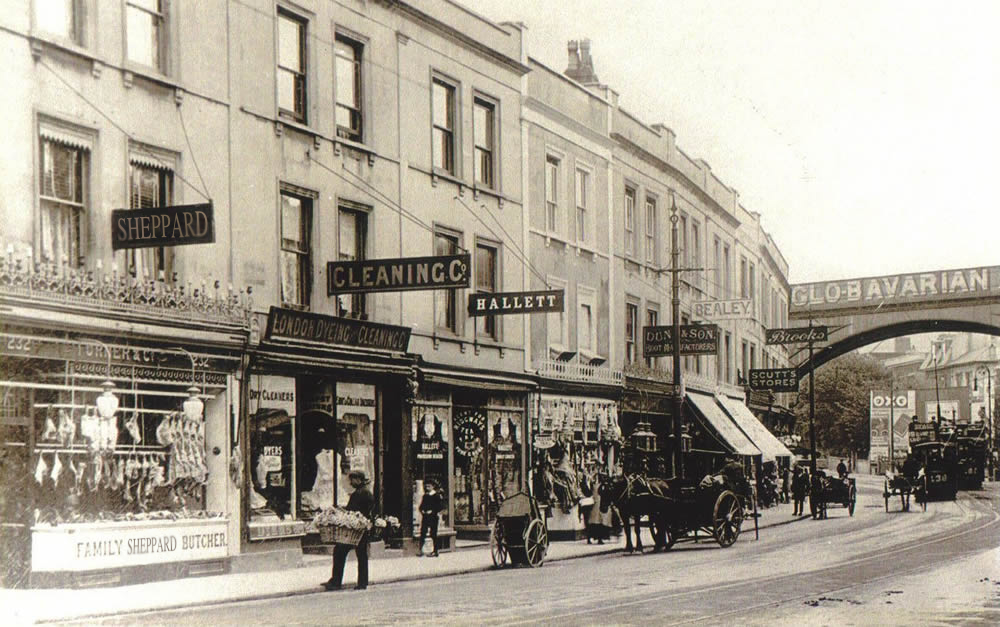 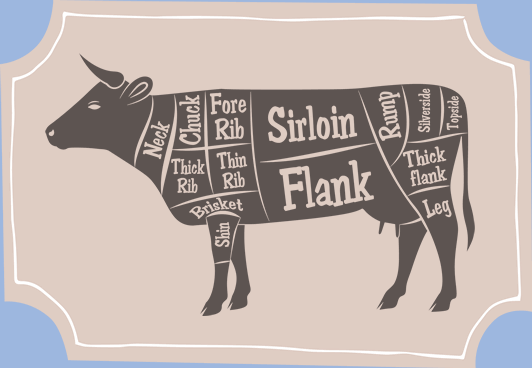 Situated in the heart of the West Country we are surrounded by quality beef suppliers whom we have built a strong relationship with over the last 80 years. Due to good quality grass and land in the West Country we are able to source very consistent quality beef. All the beef procured has to be Farm Assured as a minimum and is succulent, tender and has good flavour. We offer a full range of beef products to satisfy all requirements from basic catering items such as mince and diced beef, as well more ‘fine dining’ items such as fillet steaks. For those clients require premium products we offer an award winning range of beef which is dry aged and matured on the bone. Halal Beef is also available on request. 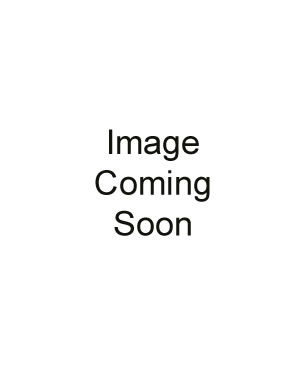 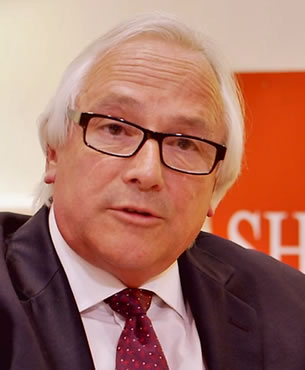 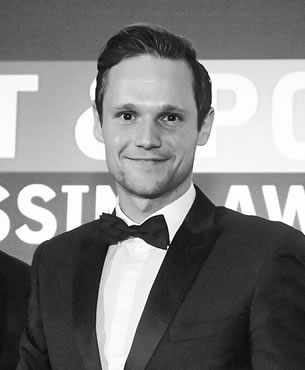 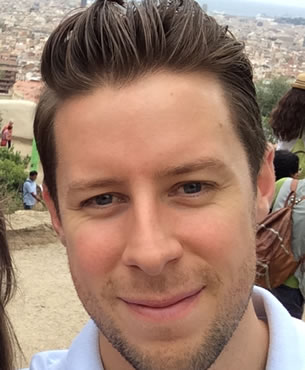 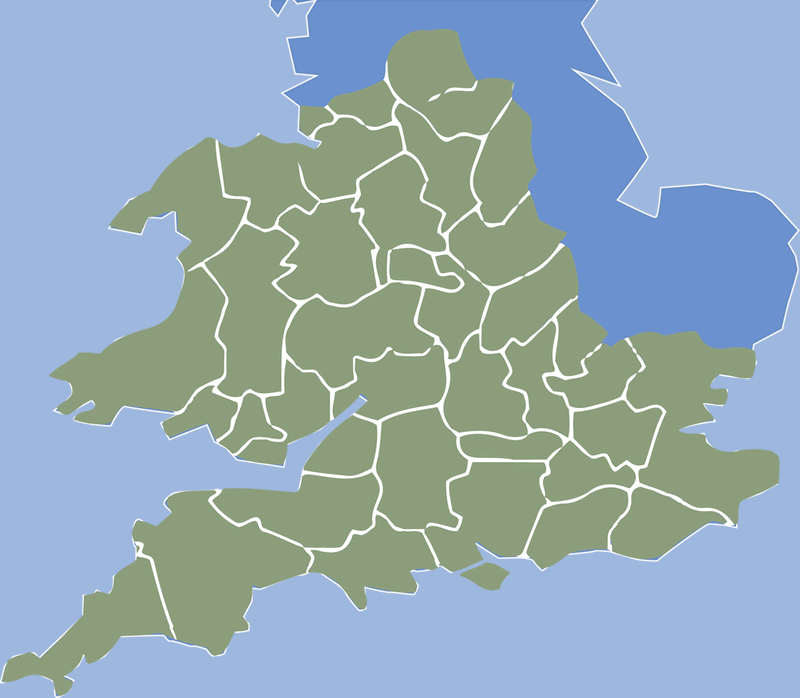 The shaded area on the map represents our current delivery area. For further information please contact our sales team on 01179 558 601 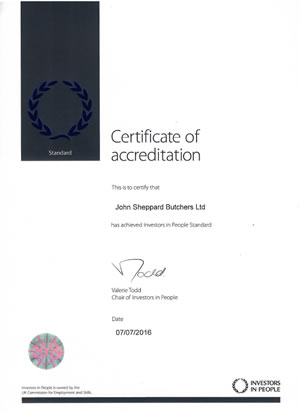 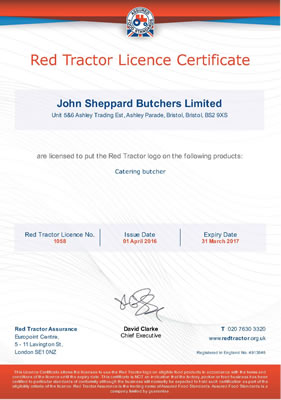 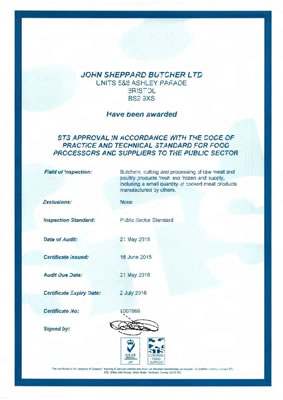 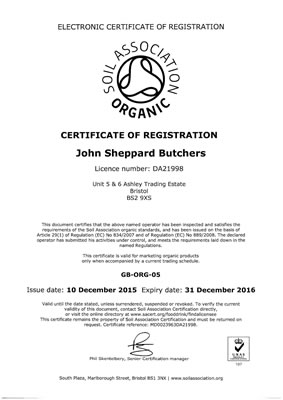 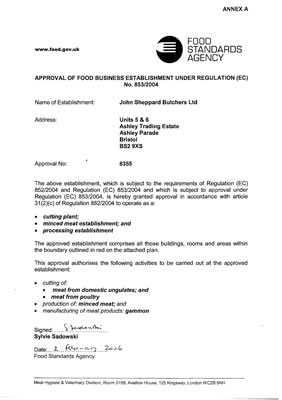 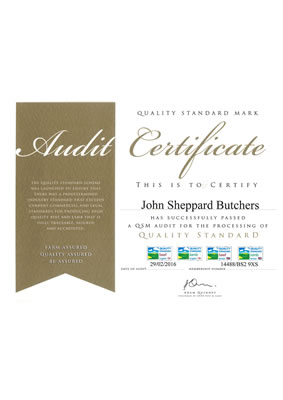 If you are interest in joining our team of drivers please email your cv to careers@john-sheppard.co.uk. You will need a full, clean driving licence and have some experience of multi-drop deliveries. Full and time part time positions are available so please get in touch and we can explain in more detail.

John Sheppard Butchers are now officially an Investors in People business. We are the first butcher in the country to achieve this so we are very proud indeed! Thank you to all of the staff that has made this possible. This is just the start for us; we … 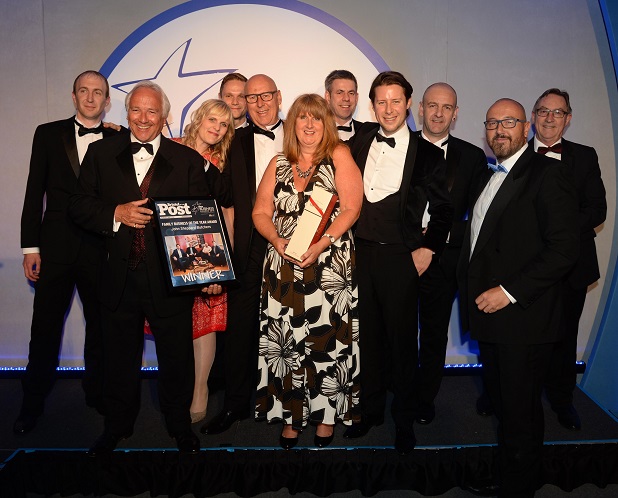 Family Business of the Year!

We’re delighted to announce that we won Family Business of the Year at the Bristol Business Post Awards. This was a huge team effort – thank you to everyone for your hard work and support.

We are pleased to announce that we have a range of red tractor cooked meats now available. These are produced by a specialist company and offer a range of pork, beef, ham and turkey. Please get in touch for more details.

We’re pleased to be sponsoring the Bristol Good Food awards. We’re supplying some incredible salt marsh lamb for the main meal and John Sheppard will be presenting a few awards. We’re happy to support quality local food in area. The dinner will be host …

The grocer magazine has just recognised our growth over the last year and listed us as on the fastest growing FMCG companies in the UK. Our growth is showing no signs of slowing so we hope to be included again next year.

Finalist for Family Business of the Year!

We’re pleased to announce that we have been nominated for Family Business of the Year at the Bristol business post awards. We have been shortlisted in the final 3 out of over 30 entrants. This is a credit to the whole team and we’ll keep our fingers cr … 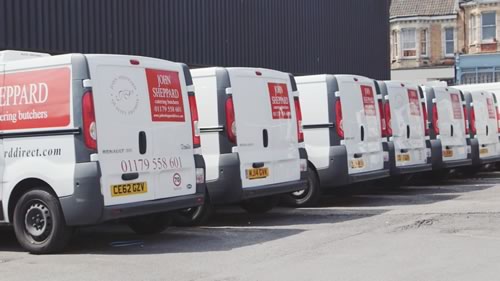